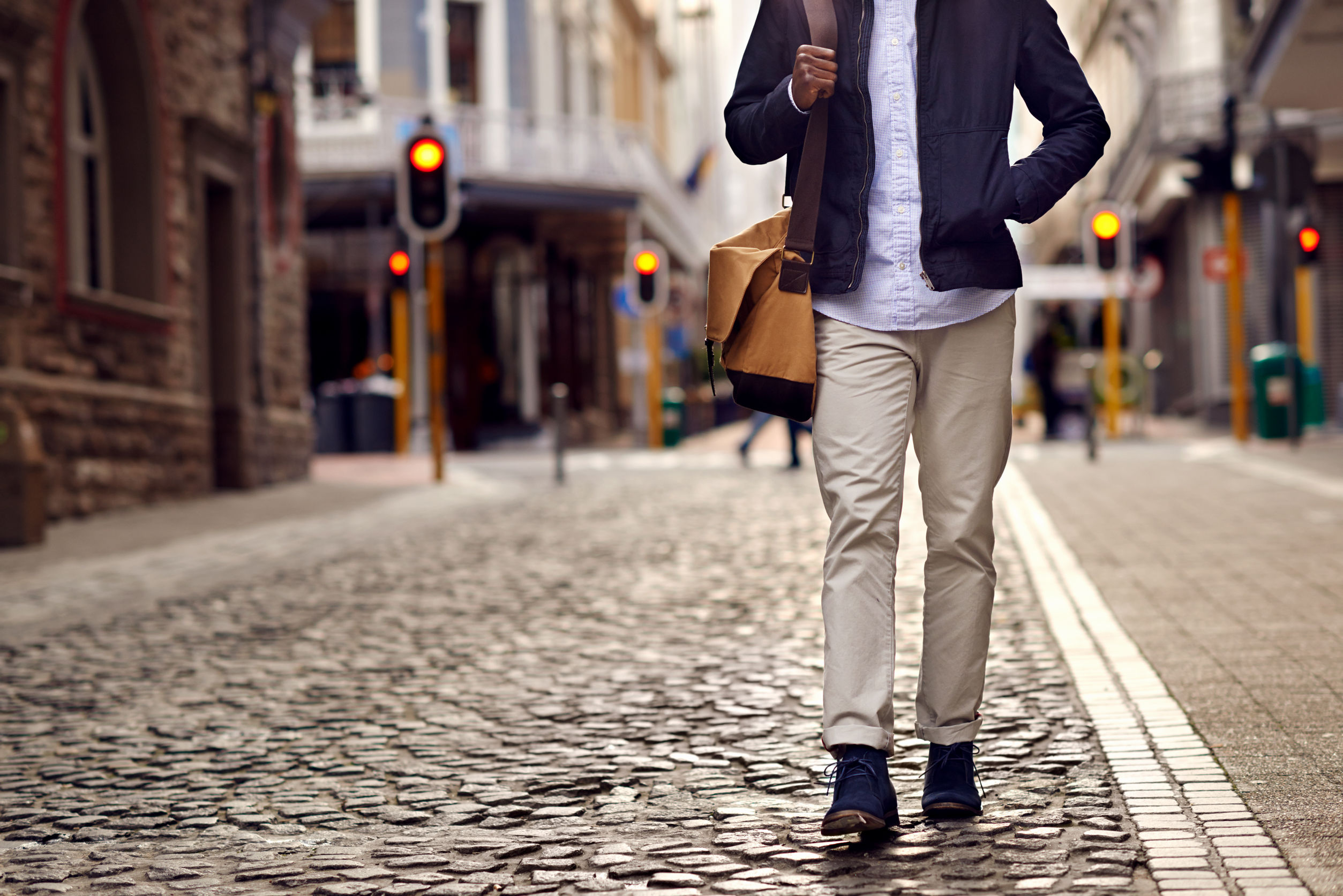 You might think, if you have an accident in a public street, that its just one of those things.  In fact, if the accident was caused by some form of negligence and you became injured, you might be able to claim compensation.  You might think that accidents in public places aren’t anybody else’s fault but there are many scenarios, that this guide will explain where accidents in the street could’ve been avoided and therefore, a personal injury claim might be possible.

In this article, we’ll cover all of the different scenarios and show how liability can be proven.  Please carry on reading for more advice on what to do should you be injured in a public street.

While an accident in a public street might look quite funny for an onlooker, they’re anything but.  Some accidents can lead to very serious injuries which might require surgery to repair.   Some accidents and injuries in public places are so serious that the victim never fully recovers and is left with pain or disability for the rest of their life.

It’s only right then that a victim might want to claim compensation for their injuries.  This is sometimes possible if the accident was caused by some form of negligence.  We’ll provide information on when you could make a claim within this article and we’ll cover much more besides.

If you want to know answers to questions such as “Can I sue the council for tripping?” or “Can you sue someone for falling on their property?” then keep reading as we’ll cover these scenarios too.  You’ll even find information about the amounts of compensation you might receive for any injuries.

Compensation claims for accidents in public places can be tricky to prove.  You can do so yourself, but we believe having expert help on your side is a better option.  Therefore, at the end of this article, we’ve provided links to a few recommended personal injury lawyers.

If you need any further information, we can be contacted here.

What Are Public Street Accidents?

Accidents in a public place or an accident in a public street are those where a victim is injured because of an accident which was caused by some form of negligence.  This could be by the local council, its employees or a private landowner responsible for the public space.

This might be a slip or trip injury caused by a broken paving slab, a pothole or a missing kerbstone.  We’ll provide more detailed information about the types of accidents later on.

Any injury caused by a negligent act, whether intentional or not, could lead to a personal injury claim.  There are scenarios where claims won’t be possible which we’ll explain in more detail too.

Personal Injury Claims Calculator For Accidents In A Public Street

So, if you’re considering making a claim for an accident in a public place, you probably want to know how much compensation you could be awarded.  Lawyers, courts and insurers don’t have a magic personal injury claims calculator but use a system known as the Judicial College Guidelines (JCG, currently in its 14th edition).

The JCG provides lawyers with figures for each type of injury and categorises them from minor to severe, with the compensation adjusted accordingly.  The table below outlines some injuries and their compensation amounts:

The list isn’t conclusive, it’s just a sample of injuries.  If you want to know how much compensation you’ll get for a specific injury, either contact us or speak to a personal injury lawyer (details can be found at the end of this article).

Can I Claim Compensation For Financial Losses?

In short, the answer to this question is ‘Yes’.  When public injury claims are submitted, they can include any financial loss that the victim has incurred because of the accident.

Examples of what can be included in a claim include:

The financial aspects of a compensation claim are known as ‘Special Damages’.  Claimants won’t gain from special damages, they are designed to return them to the same position, financially, as they were before the accident happened.  To help prove claims for financial losses, receipts or bank statements would usually be provided as evidence.

Liability For Accidents In The Street

Most public streets in the UK are managed and maintained by local councils. If there is damage to street, which causes you to become injured, then the council would probably be liable for your injuries.

This might be in a public park, a car park or a supermarket car park.  When an accident occurs, you should write down the location.  A personal injury lawyer might need to investigate who has responsibility to maintain the public space.

Claims Against Councils And Local Authorities

Public accident claims against the local council can be made, usually by a lawyer, to compensate the injured party.  The council will only be liable for the injuries if they have been negligent in some way.  This could be through lack of maintenance, a mistake or failing to act on a defect they had been aware of amongst other things.

Current guidelines state that the council should respond to a claim within 40 business days.  This doesn’t mean your claim will be settled within 40 days.  At this point they’ll either deny or admit being liable for the accident.  If they admit liability, the complex part of the claim is trying to come to an agreement about the level of compensation they’ll award.  Ultimately, this could end up in court but is usually settled amicably.

It’s worth remembering, proving liability is your job (or your lawyer’s).  If you can’t demonstrate how the council caused your accident, they won’t admit anything.  We cover steps you can take, following accidents in a public place, to help make your claim easier.

Could A Shop Be Liable For You Accident In A Public Street?

Determining the liability for an accident outside of a shop can be tricky to prove.  Even if you’re sure the accident, which led to your injuries, was caused by somebody else, who do you make the claim against?

You may be able to investigate liability for the accident yourself, but a personal injury lawyer will have more experience, and more legal clout, to ascertain responsibility much sooner.  We recommend you seek expert compensation claim advice in such cases and ensure you are offered a no win no fee type service before proceeding.

If the council is determined to have responsibility for land outside of a shop or business, but the owners of the business have obstructed the street, who is to blame for an accident?

Often shops place signs outside of their shops to advertise the fact they’re open, or pubs might put chalkboard menus on the street.  Another example of blocking the street is when a shop parks it’s delivery lorry on the path illegally or unloads a legally parked van and places the delivery on the path.

In all of these scenarios, it could be argued that, if somebody was injured because of the blockage, then the business owner would be liable rather than the council who maintain the street or path.  In fact, the council would probably put this defence forward if you tried to claim against them.

Again, in these scenarios, speak with a lawyer to avoid being pushed from pillar to post when trying to ascertain who to claim against.

Potential Causes Of An Accident In A Public Street

Here are some examples of the causes of common accidents in public places:

All of these examples could lead to a compensation claim if they were the cause of an accident which led to injuries.

Slips Trips And Falls In The Street

Slips, trips and falls are some of the most common accidents which happen in public streets.  Not every slip would automatically mean you’re eligible for compensation but where liability can be proven for the accident and your injuries, you may be entitled to claim compensation.

Here are some common reasons for slips, trips and falls on a public street:

As discussed earlier, in any of these scenarios, you might be able to claim compensation against the local council or landowner.

While slips and trips sometimes look like trivial accidents, they can lead to very serious injuries including those which require surgery to rectify. Some common injuries caused by slipping or falling in the street include:

If you’re injured, you should seek medical assessment as soon as possible.  Especially in the case of head injury cases as not all symptoms are immediate.  We’ll cover what else you should do, following an accident, later on.

Faulty Or Broken Streets And Pavements

As mentioned previously, damage streets and pavements can cause pedestrians to slip or trip and cause injuries.  But what sort of damage to a pavement could cause accidents?

Any of these defects could become trip hazards or cause injuries if somebody falls onto them.  If the council has marked them for repair (usually with spray paint), it means they were aware of the problem but haven’t yet got around to repairing it.  This may help with proving liability to try to photograph the fact it’s been highlighted.

I Was Hurt In A Accident In The Street, What Should I Do?

As mentioned earlier, if you do decide to make a personal injury claim, using a lawyer or going it alone, there are several steps you could take at the time which could help make the claim easier.  These include:

By taking these steps, a personal injury lawyer will have a lot of the evidence on which to base a claim.  It might seem time consuming, but it could make the difference between a successful or unsuccessful claim.

How Long Do You Have To Claim Compensation For An

Whether your accident happened on council property or on another landowner’s property, there is a personal injury claims time limit which must be adhered to.

The current time limits for beginning a claim are:

We recommend you don’t leave claiming until the last minute.  A claim can take some time to collate, so it’s better to start sooner rather than later.  This will ensure there is enough time to gather supporting evidence, witness statement and expert medical evidence.

We’ve all heard the adverts for ‘No Win No Fee’ lawyers but how do they actually work?  Are they really free if the claim is unsuccessful?  Here are some details about no win no fee services versus paid services.

Although no win no fee means you lose a percentage of your compensation, it removes the risk of a large bill if you lose the case and have already paid your lawyer.  Making a claim is a lot less stressful, when using a no win no fee service, and reduces a lot of the risk involved with claiming too.

We hope you’ve found this article about claiming for an accident in a public street useful.  If you have any further queries, you can contact us here.

If you do decide to go on to make a claim, here are some no win no fee lawyers that we’d recommend you contact:

For your information, we’ve provided some more useful articles below:

Road or Street Compensation Details – a useful tool, provided by the UK government, which advises which council is responsible for road in each postcode.

Claiming Against The Council – this is the website of Hammersmith and Fulham council which provides details of what information is required to make a claim.  We’ve covered the details in this article, but it clearly shows what is expected from any claimant.

Head Injuries and Concussion – a guide from the NHS about what to do in the event of a head injury.  Includes the symptoms associated with concussion and what to look out for.

Public Liability Claims Against The Council – This guide provides a detailed look at council liability for other types of accident.