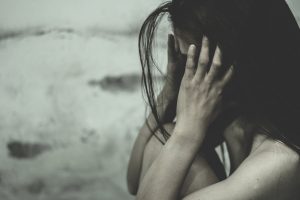 A guide to claiming rape compensation

If you’ve been a victim of this kind of crime, you may be able to claim compensation. In this guide, we’ll look at the role of the Criminal Injuries Compensation Authority (CICA) in awarding compensation for harm caused by these acts.

In addition to this, we’ll look at the kinds of injuries you can claim for. These injuries can be both physical and psychological.

You may be wondering how much compensation you could be awarded in these scenarios.

How To Make A Rape Compensation Claim

Some people incorrectly assume that you cannot claim for criminal injuries. However, you are able to claim against someone who has caused you to be injured by committing a violent crime.

A claim can be made against the perpetrator directly. However, in order to do this, you’d need to know who the perpetrator is. They would also need to have the funds to pay you compensation.

If either of these conditions isn’t met, then you could pursue a claim against the Criminal Injury Compensation Authority (CICA). This is a government agency that awards compensation to people who have been injured in violent crimes in England and Wales.

To make a claim to the CICA, you must have reported the crime to the police. In addition to this, there is a general time limit of 2 years to starting a claim through the CICA. However, you may be able to claim compensation outside this time limit if exceptional circumstances stopped you from beginning a claim before this.

To find out if you could claim compensation for rape, speak to one of our advisors. You could be offered free legal advice today.

In order to understand the process of claiming for rape and sexual assault, we need to have an understanding of what these offences consist of.

Assault by penetration is where someone intentionally penetrates another person sexually in the vagina or anus with a body part or object. These offences are defined by the Crown Prosecution Service (CPS).

In the Sexual Offences Act 2003, it’s stated that in order for someone to consent, this means that they need to agree to the act by choice and have the freedom and capacity to make this choice. This means that consent cannot be given as a result of harassment, coercion or threats.

For more information on how you could claim rape compensation, get in touch with an advisor from our team today. You could be connected with a No Win No Fee solicitor from our panel.

Statistics On Rape And Sexual Violence

According to the Crime Survey for England and Wales (CSEW), 773,000 adults between the ages of 16 and 24 experienced sexual assault or attempted sexual assault in the last year. This is equivalent to 2 in every 100 adults. 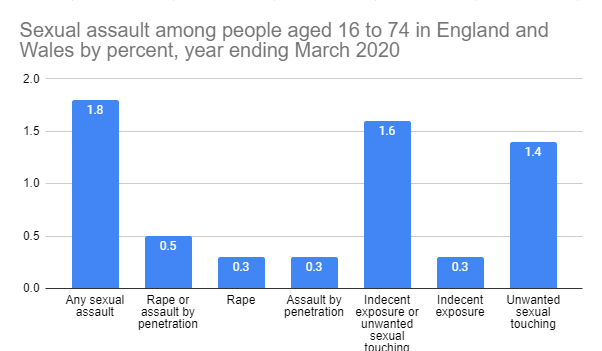 To find out more about how to claim sexual assault and rape compensation, speak to a member of our team today. They can offer you free legal advice.

What Injuries Could Be Caused By Rape?

Below, we have included a list of some of the injuries you could sustain as a result of rape or sexual assault:

The injuries you’ve sustained might vary from those listed above. However, you may still be able to claim. Speak to one of our advisors today for free legal advice about the process of claiming.

How To Prove A Rape Compensation Claim

In order to claim compensation through the CICA, you would need to have reported the incident to the police. This should be done as soon as possible after the incident occurred. In some cases, the CICA may be able to consider claims where there was a delay in reporting to the police because of extenuating circumstances.

The CICA may ask you to provide the following evidence:

To find out more on what evidence could be used in a sexual assault and rape compensation claim, speak to an advisor. They could offer you free legal advice as well as connect you with a No Win No Fee lawyer from our panel.

We have prepared a table below discussing possible sexual assault and rape compensation amounts. These are based on the Judicial College Guidelines which provide compensation guidelines.

However, it’s important to note that if you’re claiming through the CICA, your compensation will be valued according to the Criminal Injuries Compensation Scheme.

You may also be able to receive a second head of claim. In claims made directly against the person responsible for the crime, this is referred to as special damages. It covers any costs or losses incurred as a result of your injuries.

If you’re making a claim through the CICA, you might be entitled to special expenses. This aims to compensate you for costs that you have incurred as a result of what has happened. That these costs need to be reasonable, necessary, and as a direct result of the criminal injury in question.

In order to claim special expenses, you need to show that you were unable to work for at least 28 weeks following the incident. However, the costs will be backdated.

If your injuries caused you to be off work, you could claim a loss of earnings. Similarly, you’d need to show that you lost out on wages for 28 weeks following the accident. This will not be backdated to the date of the incident, however.

To discuss special expenses as well as how your compensation could be valued, call us today and speak with an advisor. They can help you with your claim for sexual assault or rape compensation.

Talk To A Criminal Injuries Solicitor

Our advisors are here to help you seek justice in rape and sexual assault claims. If you decide to claim with the help of a solicitor, you can be represented on a No Win No Fee basis.

This is where you pay no fees to your solicitor in the event of an unsuccessful claim. You also pay them no fees at the start of your claim, or while it is ongoing.

In the event of your success, you pay a legally capped fee off the top of your compensation. This fee will be discussed beforehand with your solicitor.

If you would like to find out more, why not speak to an advisor today? They can offer no-obligation legal advice for free. In addition to this, you may also be connected to a solicitor from a panel to represent you. To find out more, talk to us today by:

Legal Guidance for Rape and Sexual Offences– Information from the CPS about sexual offences.

Statutory Sick Pay (SSP) — A form of benefit you can claim if you are off work.

Rape Crisis — A charity providing guidance for victims of rape and sexual assault.

Thank you for reading this article about sexual assault and rape compensation.