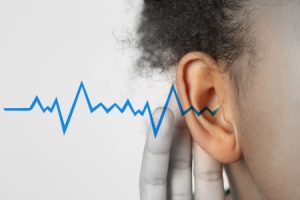 Have you suffered partial deafness or tinnitus in an accident for which you weren’t responsible? Maybe this developed due to an occupation you did when you were younger and it has developed over time. Could have your hearing loss been avoided had the right health and safety legislation been followed. If this applies to you, then you could receive legal advice about filing a compensation claim. This guide breaks down the claims process and the key elements that you need to know. We’re also covering a template case study of a £22,000 tinnitus and hearing loss compensation award.

Find out more by clicking the headings below, or by getting in contact with Public Interest Lawyers. We’re available to talk to you 24 hours a day, 7 days a week. And we could handle your claim for compensation. Please telephone 0800 408 7825, fill in our contact form, or use the Live Chat function.

A Guide To Calculate Compensation For Partial Deafness And Tinnitus

We’re covering compensation calculators, care claims and No Win No Fee agreements in this guide. Before we explain deafness and tinnitus compensation awards, though, let us briefly touch upon the personal injury claims time limit. This means you’ve got 3 years to claim after being hurt or learning of your diagosis. When it comes to a child or a victim who lacks the mental capability to claim, a third party or an appointed representative could process the claim on their behalf as a litigation friend. Find out more about the personal injury claims time limit by speaking to our helpful advisors anytime.

There is a difference between partial deafness and tinnitus. Partial deafness is when you suffer a loss of hearing to some degree in your ears. Typical symptoms include being unable to hear what others are saying, frequently requiring repetition of words or loudly listening to music or television. And it could be the result of a build-up of earwax, an infection or a sudden force of damage from an unusually loud noise, such as a bang. Many would have their full hearing return within weeks, though in serious cases, a hearing aid may be needed.

Tinnitus refers to sounds and noises from inside the ear and not from the outside world. They could include buzzing, ringing, whooshing, humming or throbbing. Stress can be a cause of this, whereby you hyper-focus on the sounds, as well as diabetes and depression. Hearing loss itself could even be the trigger, especially if it again comes after an unexpected loud noise. Find out more about deafness and tinnitus compensation awards based on how the conditions develop by calling us today.

Victims Could Lose Out Financially

You could inadvertently build up financial losses as a result of you being injured. Medication and related costs are one possibility because you could find yourself requiring treatment for some time. Then there are the potential costs from lost earnings during your time off work. This could also include any bonuses you’ve missed out on while being unable to perform work tasks. And then we have public transport usage if you’re unable to drive while your ears are causing tremendous pain. Thankfully, each of these examples could count towards your tinnitus compensation award. Learn more about areas of financial loss by using our 24/7 Live Chat.

To claim negligence, you would have to meet the following 3 criteria:

Employer’s liability (EL), which makes an employer liable for injuries caused by their negligence. This is a key element of the Health and Safety at Work etc. Act 1974. Quite a few industries are very noisy and employees are required to wear ear defenders to help reduce that amount of noise they hear. If an employer failed to provide such protective equipment it could be considered a breach of the duty of care. And if deafness or tinnitus is one of multiple injuries, then you would have the grounds to file a multiple injury claim.

Public liability relates to occupiers being liable for the safety of those who use their premises under  the Occupiers’ Liability Act 1957. Concerts are very often loud and can cause ringing in the ears afterwards it is vital that those responsible for managing concerts do not allow the sound to go above what is recommended.

The Highway Code is there as a set of rules that those who use the road must follow, it technically applies a duty of care to road users. A collision or crash could result in ear damage and therefore possibly loss of hearing. And this could then bring on either partial deafness or tinnitus as a result. All of these scenarios could result in you claiming for and potentially receiving a partial deafness and tinnitus compensation award. Get in touch with our specialists anytime for further details.

You would receive a settlement calculation based on the findings of your independent medical assessment. Now, this covers the original injury/illness, how you were affected, and the impact on your day-to-day life. As a result, your solicitor would be able to value your pain and suffering part of your claim. Compensation awards are based on general damages and special damages.

General damages and special damages spotlight the primary and secondary consequences. So, general damages refer to pain and suffering, as well as lifestyle changes you’ve had to make. Special damages, meanwhile, relate to the resultant financial fallout of your ear injuries. The likes of medical costs, public transport requirements and no earnings could be included. Each would require the physical evidence of receipts or invoices to cover their respective values. Learn what you need to know by calling us using the number at the top of this website.

A care claim could form part of the special damages that would make up some of your potential payout. This specifically relates to any assistance you receive in the aftermath of you suffering your injury. So, this could include the gracious care of relatives and friends, as well as you hiring a nurse to look after you. And it may cover you paying for a professional to handle the likes of cleaning, dog-walking and babysitting. Any of this care could form part of your deafness and tinnitus compensation award. Speak to our helpful team to learn more about care claims.

Mr Stevens, 37, was employed as a construction worker, a role he had held for many years. One particular day, he was assigned to assist his colleagues for the building of a new school. Normally, construction workers would be given suitable personal protective equipment to keep their eyes and ears safe. However, on this occasion, the earmuffs which Mr Stevens was given weren’t sufficient due to wear and tear. He was unaware of this, though, until it was too late.

Mr Stevens spent an entire week working on the site, where the volume of noise exceeded harmful levels. But as he didn’t realise that the earmuffs weren’t suitable, it was only when the week was over that he began to suffer the damage stemming from this.

That weekend, Mr Stevens began to complain of a permanent ringing sound in his ears. What’s more, he was finding it very difficult to hear his wife and children unless they shouted to him. Initially, Mr Stevens just assumed that he was suffering from earache. At worst, he thought that it may have been a build-up of earwax.

But during the following days when he returned to the site, Mr Stevens began to suffer severe ear pain. Also, he still couldn’t hear properly, and the ringing sound was only getting worse. Mr Stevens went to his local hospital, where he received some terrible news. He was diagnosed with partial hearing loss and tinnitus, both of which stemmed from the poor PPE.

At this stage, though, Mr Stevens was furious with his employers for placing him in danger by supplying him with substandard PPE. He felt that both his partial deafness and tinnitus were completely avoidable, and brought about due to the faulty earmuffs. As a result, Mr Stevens had suffered great pain, with his hearing having suffered permanent damage. And who knew if he could potentially have a recurrence in the future on another building site?

After seeking legal advice, Mr Stevens learned that his employers had breached a duty of care that they owed to him via the Health and Safety at Work etc. Act 1974. As a result, he filed a claim against his employers. Mr Stevens received £22,000 as an out-of-court partial deafness and tinnitus compensation award. This included £20,000 in general damages and £2,000 in special damages.

The case of Mr Stevens is purely an example. It is based on our past experiences of handling and valuing claims and serves to illustrate how accidents can happen and how they are valued.

A specialist estimate is available to anyone wishing to make a claim for a deafness or tinnitus compensation award. This would be based on the specific nature of your particular injury, and the impact on your life. We recognise that every victim can be affected in various manners by a particular break or tear. And that’s why we don’t base our estimates on an online personal injury claims calculator. Instead, we focus on the injury as it relates to your exact situation, and we build a payout estimate from there. Learn more by using the Live Chat feature which is at the bottom of this page.

Now, if the case does succeed, then the solicitor takes a nominal fee, known as a success fee, which is capped by law. But as far as your No Win No Fee solicitor is concerned, payment is dependent on the claim succeeding. Find out more about No Win No Fee agreements for your tinnitus compensation award by calling us today.

Your Case Could Use The Best Personal Injury Solicitors

Now, if your case is going to win, then you need to use the best suited personal injury lawyer possible for your case.

We can take all the pressure out of looking for a personal injury solicitor for your case as we could connect you to our panel of No Win No Fee solicitors. They provide many years of expertise, along with specialities relating to personal injury claims. In addition, they have a well-proven track record of success and many positive client reviews. Find out how they could handle your case for a tinnitus compensation award by getting in touch.

Chat With Our Experts

We now want to help you to achieve a deafness or tinnitus compensation award. To do so, you could contact our team, at which point we can build your case. You can speak to us by either calling 0800 408 7825, using the Live Chat option, or completing our contact form. You wouldn’t be obliged to pursue your claim once you spoke to us, and we’re available 24 hours a day and 7 days a week.

Thank you for reading our guide on partial deafness and tinnitus compensation awards. You can learn more about this topic by using the links that we have below.

Click here to read all about Public Interest Lawyers.

You can click here to read about public park accidents.

And to find out about making a public liability claim, click here.

To read the NHS’ guidance on deafness, click here.

Click here to read the NHS’ guidance on tinnitus.

Finally, click here to read about how to treat ear injuries.