This guide will address some of the changes to the Highway Code for motorcyclists. As of 29th January 2022, the Highway Code has been updated. This is a set of rules, laws and guidelines that set out how road users should act on the road. 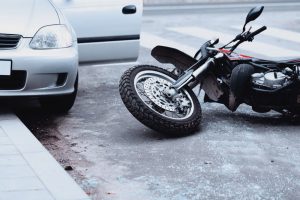 These changes in the Highway Code could have an impact on personal injury claims. This is because they can affect how liability is determined.

In this guide, we will discuss some of these changes. Furthermore, we’ll look at how compensation claims are valued. Additionally, we will look at the benefits that a No Win No Fee agreement can offer.

Our advisors are available to offer you free legal advice. If you have a valid claim, you could be connected with a No Win No Fee solicitor from our panel. You can get in touch using the details below:

What Are The Changes To The Highway Code For Motorcyclists?

As we have already mentioned, the Highway Code is a publication that includes guidance and rules on proper conduct on the road. All road users have a duty of care to one another and should act with the level of attention and care as the average motorist. There aren’t any allowances made for new or inexperienced drivers.

One of the main changes in the Highway Code update is the introduction of the hierarchy of road users. Previously to this update, the duty of care of all road users was equal.

Now, however, those who have the greatest potential to cause harm have the greatest responsibility toward those who are at the greatest risk of harm. This means that, for example, the duty of care that an HGV driver owes a pedestrian is greater than the duty of care that a cyclist owes a pedestrian. There are also changes relating to priority at junctions and exiting vehicles, which we will look at in greater detail later on in this guide.

The Whiplash Reform Programme has introduced a change to the way that low-value personal injury claims are made. Because of these changes, road traffic accident (RTA) claims where the injuries are worth less than £5,000 need to be made through an online portal.

However, it’s important to note that motorcyclists, as well as their sidecar and pillion passengers, are exempt from these regulations. This means that if you’re a motorcycle driver or a passenger and are injured in an RTA, you do not need to make your claim through the online portal.

Is The Highway Code For Motorcyclists Mandatory Or Advisory?

The Highway Code contains a wide range of rules, regulations and guidelines. Some of these only apply to certain road users, while others apply to road users as a whole.

The way that the rules in the Highway Code are worded will give you an indication as to whether a certain action is advisory or mandatory. Some rules use the word “should” or “could”, such as Rule 86 which says “You could wear a light or brightly coloured helmet and fluorescent clothing or strips.”.

On the other hand, some rules use the phrases “must” or “must not. For example, Rule 83 states “helmets MUST comply with the Regulations and they MUST be fastened securely.”

However, it’s important to note that while these advisory rules might not be compulsory, they could be used to determine liability in motorcycle accident claims.

For more information on the changes to the Highway Code for motorcyclists, speak with one of our advisors today.

Changes To The Highway Code For Motorcyclists At Junctions And Overtaking

As well as general changes to the Highway Code in relation to the duty of care, there have been some specific changes made in relation to which road users have priority in certain situations.

The recent changes to the Highway Code have included rules related to overtaking more vulnerable road users like cyclists or horseriders.

The Highway Code now states that drivers and motorcyclists should:

Changes To Highway Code Rules For Motorcyclists At Junctions

For more information on how these changes to the Highway Code for motorcyclists could affect your ability to claim, speak with an advisor today.

The Highway Code now recommends a technique called the “Dutch Reach” method. While those riding motorcycles will not be able to implement this technique as their vehicles don’t have doors, this method being adopted could be advantageous to motorcyclists on the road as a whole.

The Dutch Reach involves the driver or passenger of a car using the hand furthest away from the door to open it. For example, the left hand is used to open a right-hand side door.

This technique means that the driver or passenger is forced to look behind them before opening the door. This could mean that a car dooring accident with a pedestrian, a cyclist or a motorcycle accident involving a car door may be avoided.

If you’d like more information on how changes to the Highway Code for motorcyclists could impact your ability to claim, get in touch today.

You may be invited to a medical appointment as part of your claim. Here, an independent medical expert will assess your injuries and create a report, which will be used to value your claim.

To calculate the general damages head of your claim, your solicitor would use this medical report with the help of the Judicial College Guidelines (JCG) to help value your claim. The JCG is a publication that lists guideline compensation brackets for a range of injuries; we have detailed some of these below.

Special damages could include:

We hope this guide has answered the questions you have about changes to the Highway Code for motorcyclists. If you have a valid claim, you would benefit from working with a solicitor. Their legal knowledge and expertise could help you in the claims process.

However, you might be worried about the cost of hiring a solicitor to work on your claim. If this is the case, you may benefit from a No Win No Fee agreement.

This kind of agreement means that you won’t be asked to pay anything to your solicitor in the event that your claim is unsuccessful, and there is nothing to pay upfront or throughout the claims process.

If you are awarded compensation, then your solicitor will take a success fee from your claim. This is a percentage of your settlement and is subject to a legal cap, ensuring you take home the majority of the money you’re awarded.

For free legal advice on how to claim or to see if you could be connected with a solicitor from our panel today, you can:

An explanation of No Win No Fee solicitors

A useful link to guidance on public transport accidents

Compensation for brain damage caused by a car accident

For further information on changes to the the Highway Code for motorcyclists changes, speak with our team today.