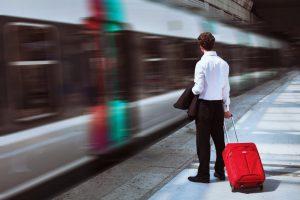 We explore the Occupiers’ Liability Act 1957 and how this applies a duty of care to those who are in control of public places that the public are permitted to enter without having prior permission. It is only when this duty of care is breached has a claimant got a foundation for making a personal injury claim.

If you were an employee either at a station itself, or one of the shops, your employer owes you a duty of care. We also explore this and what it means for workers.

Where could accidents at Manchester Piccadilly train station occur? Accidents can happen anywhere and technically at any time. This could be within shops, or the car park, as well as station platforms or lifts. We look at examples of how and where accidents in a train station may occur.

If you decide to claim compensation, you might find the process easier with a solicitor. We examine No Win No Fee arrangements and how one could be used to fund the services of a personal injury solicitor.

Contact our advisors with any questions about accidents at train stations.

To get in touch:

What Could Be Accidents At Manchester Piccadilly Train Station?

Train stations are very busy places. This is especially true at peak times as passengers are exiting and entering the station constantly. Often within a train station, there are other businesses apart from the general service of the transport trains. So potential accidents in train stations could not only happen in the general space of the station but also in any shops, book stores or cafes it also houses.

The parties that might owe you a duty of care within a transport station include:

Network Rail managers Manchester Piccadilly train station. Before 1960, the station was called Manchester London Road. Between 1998 and 2002 the station had a massive overhaul ready for the Common Wealth Games. This is the biggest station in Manchester.

The Office of Rail and Road (ORR) collects train station accident statistics. 376 severe injuries in stations across Great Britain were recorded in 2020/21.

What Type Of Accidents Could Happen At A Train Station?

Within a train station, there are usually lifts, escalators, platforms, shops, eateries and in some stations, there are also public houses. Accidents could potentially happen in any of these areas.

Tripping Or Falling On Damaged And Icy Platforms

Slips, trips and falls can lead to injuries. These could happen on wet or icy surfaces. Falls can also be caused by spillages, broken flooring, broken handrails or even defective escalators.

You could potentially fall onto the tracks if you slid on a slippery surface. This could lead to an array of injuries, including multiple fractures or even death.

Injuries could also occur while getting on or off a train. A limb could become stuck in a train door, for example, if it were to close suddenly, resulting in a loss of a limb. An announcement letting passengers know when the doors are closing could help avoid injuries.

The occupier of a space owes the public, including railway passengers, a duty of care under the Occupiers’ Liability Act 1957. This means that the occupier, such as a shop or station operator, must take reasonably practicable steps to ensure that the space is safe for its intended use.

If you have any questions about potential accidents at Manchester Piccadilly train station call our advisors today.

Eligibility To Claim For Accidents At Manchester Piccadilly Train Station

You might be wondering if you can claim personal injury compensation if accidents at Manchester Piccadilly train station occur?

Accidents happen all the time, each and every day. To make a personal injury claim you must be able to prove key criteria such as:

Personal injury claims require proof and evidence to back up what you are claiming. So it is vital that you collect as much supporting evidence as you can. We explain more about this later in the guide. We explore workplace accident claims below.

Workforce Accidents At A Train Station

Employers owe their employees a duty of care under the Health and Safety at Work etc. Act 1974. This includes railway workers and the shop staff at stations. Employers must take reasonably practical steps to reduce risks faced by their employees.

If an employer neglects their duty of care and an employee is injured, they might be able to make an accident at work claim. An employee may slip, trip or fall, in the same way, a member of the public could, on a wet surface, for example.

Free legal advice about workplace injuries is available from our advisors.

How To Claim For An Incident At A Railway Station

To make a claim for compensation against a train station or a shop in a station, you must be able to prove you were owed a duty of care. This duty of care must then have been breached. It is this breach that must have caused your injuries.

Following an injury, you could take certain steps. You may have already taken these. They could be used to strengthen your claim.

If you have suffered an injury from an accident at Manchester Piccadilly train station, you can contact our advisors for free legal advice.

How Much Could You Claim For Accidents At Manchester Piccadilly Train Station?

Successful personal injury compensation claims could come with two heads. These are general damages and special damages. We examine each in further detail below.

As part of your claim, you might be invited to an independent medical assessment. This is to help gain a fuller understanding of your injuries. In addition to learning what impact they may have had on your life.

Under general damages, you are compensated for your physical injuries and psychological damage they, or the accident that caused them, resulted in. You could also make a claim based on psychological injury alone.

Legal professionals use a document titled the Judicial College Guidelines (JCG) to help value your injuries. Contained within it is a list of injuries alongside their potential compensation brackets.

Under special damages, you might be able to recover costs that relate to your injuries. These could cover things such as medical treatment not covered by the NHS. In order to claim under this head, however, you must be able to prove your costs. You could save receipts, for example. If you are recovering lost wages or loss of future earnings, payslips could serve as evidence.

Our advisors can discuss what costs you could recover.

Talk To Our Specialist Team

By using a No Win No Fee arrangement, such as a Conditional Fee Agreement (CFA), you could have legal representation without paying an upfront solicitors fee. No Win No Fee works by taking a solicitors fee, known as a success fee from the award of successful claims. This is also legally capped. If your claim isn’t successful, however, you will not pay a solicitor’s fee.

Have you been injured in accidents at Manchester Piccadilly train station, then why not give our advisors a call?

To get in touch:

What Other Claims Could You Make