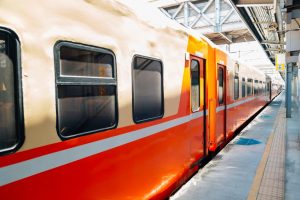 The parties running services within the station have to look for any hazards and manage or remove the risk of harm they may present. If a member of the public or a member of staff were to be injured because they failed to do this, then the injured passenger may be able to claim compensation in a personal injury claim.

This guide will talk about safety in public train stations, and the responsibilities placed on people who run stations and the services within them. If you had suffered an accident in a train station, this guide will explain whether you could be eligible to make a claim for compensation, and show you how to begin a personal injury claim.

Our advisers can also help you with information about your injury and eligibility to make a claim. You can speak to an adviser now by:

What Are Incidents And Accidents At London Fenchurch Street Train Station?

The well-being of members of the public is protected by health and safety laws. The Occupiers’ Liability Act 1957, for example, places a responsibility on every party in control of a space that is accessible to the public, to do everything they practically can to ensure the health and safety of the people using their services and spaces. The person in control of the space is known as the occupier, but there’s no requirement for them to actually occupy the space.

This is known as a duty of care, and it makes it an occupier’s duty to:

If a person were to suffer an injury, because of a hazard that should have been dealt with, the party in charge of the area might be found liable. As a result, you may be able to launch a claim against them for compensation.

Please speak to our advisers for any questions you might have about personal injury claims and the potential accidents at London Fenchurch Street Train Station that could occur as a result.

The Office of Rail & Road (ORR) provides statistics on the estimated use of various stations across the country.

Statistics On Accidents In Stations

The Office of Rail & Road rail safety report also reported there being 2,042 injuries to the public on mainline stations in 2020/21.

Common Incidents And Accidents Which Could Happen In Train Stations

Tripping Or Falling Over

Rail safety reports from the Office of Rail & Road show slips, trips and falls to be the one of the leading causes of severe injuries at train stations. The people running the station and services within the station have a responsibility to prevent slipping injuries and their common causes.

Slips, trips and falls could occur if, for example, a leak from the ceiling caused a puddle on the floor that isn’t signposted. Someone could slip and sustain a broken wrist as a result.

The Occupiers’ Liability Act 1957 will also apply to the trains. Train service operators have a duty to make sure that their trains have been made safe for passengers to use. This includes when getting on and off the train.

For example, the conductor of the train could fail to confirm that it’s safe for the doors to open and close. As a result, you could get your little finger trapped in the door, resulting in a crush injury that leads to it being amputated.

Accidents In A Shop

Any shops present at a train station will also owe you a duty of care. If you are injured by an unattended hazard in their area, you might be eligible to make a claim against the parties that control, or manage the shops.

For example, you could be hit by items that fall off a shelf because they are poorly stacked. As a result, you might sustain a head injury

Was The Station Manager Negligent Or Liable For Your Accident?

In order to make a personal injury claim, you’ll need to show that the following three criteria apply:

As we’ve already mentioned, if you were using the train station as a member of the public, then the duty of care you’re owed is set out in the Occupiers’ Liability Act 1957. A breach in this duty of care that causes injury could entitle you to claim.

Staff members can make a claim for compensation if they sustained an injury at work caused by a breach of duty of care. This duty is set out in the Health and Safety at Work etc. Act 1974 (HASAWA).

The HASAWA states that employers need to take all reasonably practicable steps to ensure the safety of the workspace. While they might not be able to remove all hazards completely, they should also make employees aware of the hazards that are present.

If you are looking for more information about making personal injury claims as an employee, then please speak to one of our advisers.

What To Do After Accidents At London Fenchurch Street Train Station

You might be wondering who could be liable if accidents at London Fenchurch Street Train Station were to occur. If you were injured because of an occupier’s negligence, you can gather evidence that can help prove your claim in the form of:

A personal injury solicitor can help you gather evidence. Please speak to one of our advisers if you are looking for information about working with a No Win No Fee solicitor.

The injury you have suffered, and how it has affected you will influence how your compensation is assessed.

General damages is the amount of compensation awarded for the distress and pain the injury has caused you.

We have included a table of injuries below from previous claims, along with the general damages awarded for them. These figures come from the Judicial College Guidelines (JCG). They will not be a direct reflection of what you will be awarded but they do show you how these types of injuries are valued:

Special damages is the amount of compensation awarded for the financial losses the injury has caused you.

If you had suffered losses such as:

You can claim these amounts back under special damages.

For a compensation valuation of your claim and injury, please reach out to one of our advisers. They can tell you when claims for accidents at London Fenchurch Street Train Station could be valid.

If you are looking for help with making a claim, you could be able to work with a No Win No Fee solicitor.

If you would like the help of a No Win No Fee solicitor, you can reach out to one of our advisers now to discuss your claim. You can do this by:

GOV: Request CCTV footage of yourself

Thank you for reading our guide on how possible accidents at London Fenchurch Street train station could occur. We offer other guides such as:

How To Make A Public Liability Claim

Claims Against The Council