In this guide, we will look at when a claim against the police may be justified. Part of the responsibility of the police is to prevent crimes from happening. 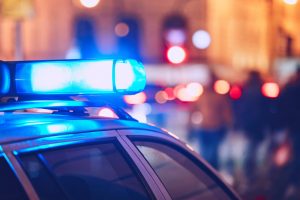 Claim against the police guide

However, in some cases, you might experience injuries as the result of action or inaction on the part of the police. In this guide, we will look at what circumstances could provide the basis of a compensation claim.

This is only a short guide, and we can’t provide answers to all of your questions on this page. For free to call our claims team for more free legal advice. You can contact them on 0800 408 7825, or get in touch using our contact form. An advisor will answer your questions for you.

What Is A Negligence Claim Against The Police?

The police have a duty to detect crime and prevent it from happening. Because of this, they have certain powers. These include the powers to make an arrest, or stop and search a person or a vehicle.

However, the police must use these powers in a way that doesn’t violate the rights of members of the public. If they fail to do this, and you sustain an injury as a result, you may be able to claim compensation.

In this guide, we will look at some examples of how the police could act in a way that causes you to be injured. We will also answer the question, “when could I claim against the police?”.

If you’d like more information about anything discussed in this guide, please don’t hesitate to get in touch. One of our advisors could connect you with a No Win No Fee solicitor from our panel.

What Are Examples Of Police Negligence?

Below, we’ve included some examples of how the police could act in a negligent manner in a way that could cause injury:

Our team of advisors can offer you free legal advice about when a claim against the police might be justified.

Failure To Protect The Public

Hill v Chief Constable of West Yorkshire [1988] is a case that demonstrates this. Here, a 20-year old woman was attacked and passed away as a result of her injuries. It was found that the person convicted of the murder had allegedly murdered a number of other young women in the years before.

The mother of the deceased attempted to pursue compensation from the police force for failing to apprehend the attacker. She claimed that if the person had been arrested, her daughter would not have died.

However, it was ruled that the police do not owe a general duty of care to apprehend an unknown criminal, and they also don’t owe a duty of care to individuals who suffer as a result of the actions of a criminal. Because of this, the claim was dismissed.

You may be wondering if you can claim against the police for the harm you were caused. Get in touch with our team of advisors today for free legal advice and an answer to your question.

As we’ve already mentioned, the police have certain powers. However, with these powers comes a set of responsibilities and expectations of how they should be used.

Below, we’ve included some examples of how you could be injured as the result of actions undertaken by the police:

In some cases, you may be able to claim through the Criminal Injuries Compensation Authority (CICA) for harm caused to you by a police officer. The CICA is a government-sponsored agency that awards compensation to victims of violent crime in England, Scotland or Wales.

If you have been the victim of an assault by a police officer, then you may be able to claim through this channel. Speak to our team today to find out more.

Making A Complaint Against The Police

How To Prove A Negligence Claim Against The Police

In order to prove your negligence claim against the police, you can submit evidence. Below are some of the types of evidence that could be effective:

For more information on the kinds of evidence that can be used to support personal injury claims, speak with our advisors today. They could also give you an answer to the question, “can I claim against the police?”.

Calculating A Negligence Claim Against The Police

The table below gives examples of general damages based on the Judicial College guidelines. General damages is the part of your claim that covers the pain and suffering you’ve experienced.

As part of a personal injury claim, you will usually be invited to a medical appointment. Here, an expert will assess the severity of your injuries and create a report; this will be used to value your claim.

A successful claim may also see you awarded special damages. These are paid for financial losses such as lost earnings, or the cost of private medical care for example.

You may need to provide evidence of these special damages in order for a claim to fully reflect your losses. For more information on the evidence that could support a claim for special damages, speak to a member of our team today.

Talk To A No Win No Fee Claims Expert

When you make a compensation claim, you may be worried about the cost of legal representation. However, a No Win No Fee agreement could benefit you if this is the case.

Under this kind of agreement, you wouldn’t be asked to pay your soliciotr upfront or as they work on your claim. In the event that the claim is unsuccessful, there will be nothing for you to pay them at all.

If you’re awarded compensation, they will deduct a “success fee” from your settlement. This is legally capped, which prevents you from being overcharged.

For more information on No Win No Fee agreements, or for guidance on when a claim against the police might be justified, speak with our team today. You can get in touch via:

Complaints And Legal Action Against The Police

The Independent Office for Police Conduct

Here are some of our other guides.

Get A Personal Injury Lawyer For Your Claim

Thank you for reading our guide looking at when a claim against the police could be justified.