Cloud computing storage systems have become widespread over the past few years; the sharing features and easy accessibility that they offer have made them a popular storage system for a lot of workplaces and organisations. This is a guide explaining what you can do if a personal data breach via Dropbox happened because of another party’s wrongful conduct and you experienced harm. 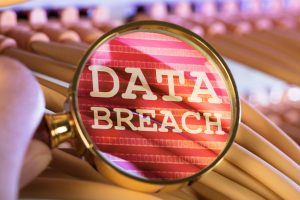 Claiming for a data breach via Dropbox guide

If a company’s or organisation’s failings led to a breach of your personal data, you might be able to claim compensation if you suffered psychological harm as well as financial damage from the breach.

However, if you’re unsure whether you’re eligible to seek compensation, this guide could help. It will explain more about data breaches and what you can do if affected.

Additionally, it will explain how legal professionals value compensation in data breach claims as well as the evidence you may need to claim.

If you would prefer to speak to someone directly about your situation, our advisers are available. They can give you free legal advice and answer questions you might have about making a claim if someone has caused a data breach via Dropbox.

What Is A Data Breach Via Dropbox?

The UK General Data Protection Regulations (GDPR) and a version of the Data Protection Act 2018 (DPA) sit alongside each other to show how organisations should protect their personal data. The DPA was updated after the UK left the European Union.

Companies and organisations collect and process data about you for a number of reasons. However, in order to do so, they need to have a lawful basis.

If an organisation holds your personal data, which is information that enables someone to identify you, it is their responsibility to keep it safe. They are expected to comply with the rules and regulations set out in the UK GDPR and the DPA. These pieces of legislation set how your data should be secured and stored, alongside guidelines and regulations on who can access it and how and when it can be shared.

If a breach of your personal data led to you suffering harm, such as financial harm or mental harm, you could be eligible to make a data breach claim for compensation.

If you have evidence that you were affected psychologically or financially after someone caused a personal data breach via Dropbox, you can speak to one of our advisers now. They can provide information on the legal options available to you.

Types Of Workplace Data Which May Be Stored In The Cloud

Organisations can use a cloud service as a primary data storage system, which means they could store:

A data breach is defined by the Information Commissioner’s Office (ICO) as an incident that impacts the integrity, confidentiality or availability of personal data. Organisations need to adhere to the key principles that should encompass their attitude to processing personal data.

Below we’ll look at some of the ways this data can be compromised and the effect it can have on someone. However, if you have any questions about how someone could cause a data breach via Dropbox, or the steps you could take to claim if affected, speak with an advisor today.

How Workplace Data Breaches Could Happen

There are a number of ways a workplace data breach can happen. We have examined a few different scenarios below.

Additionally, someone could fail to password protect a laptop that ends up being lost or stolen. As a result, someone without authorisation to do so could access this data. If Dropbox were open on the laptop, then this might enable someone who accesses the device to see all of the files that have been shared through there.

If you have evidence that the failings of an organisation caused a data breach via Dropbox that affected you, you can call us to discuss the steps you may need to take.

Can You Claim If Sensitive Documents Were Shared Via Dropbox?

Companies have a responsibility to understand the importance of data security and make sure good practices are in place. The Information Commissioner’s Office (ICO) sets out the lawful bases for processing data. These are:

If they failed to adhere to this and a data breach that occurred as a result caused you harm, there are steps you can take. You can:

You can talk to one of our advisers if you can prove that you suffered harm because another party caused a data breach via Dropbox. They can inform you of the steps to take and also help you begin a claim for compensation.

What Could I Claim For A Data Breach Via Dropbox?

If you suffered financial harm, you can seek compensation for material damages.

Some examples of material damages include;

You can also claim compensation for any mental or psychological harm you may have suffered, which is referred to as non-material damages. The Judicial College Guidelines outline some possible awards for psychological injuries. We’ve included a table below which features figures from the 2022 edition of the publication:

Our advisers can value your claim and offer you a compensation estimate if you’ve experienced a data breach via dropbox that was caused by the wrongful conduct of a party in control of your data. Why not reach out to them, for a free consultation over your situation?

How We Could Help Data Breach Victims

A data protection solicitor can be beneficial when making a claim. They can offer experience and knowledge and help you in every part of the claim; from correspondence with the defendant to gathering and requesting evidence to help strengthen your claim,

It’s possible to hire a solicitor in a data breach claim on a No Win No Fee basis. This can be a more cost-effective way to fund legal representation. It can also mean easier access to the experience and aid of a solicitor.

Our panel of solicitors could represent you if you decide to claim if another party caused a data breach via Dropbox that resulted in harm. To inquire about speaking to one, reach out to one of our advisers now by:

Below are some additional resources you might find useful:

ICO: Make a complaint – If an organisation has mishandled your data, you can report them to the Information Commissioner’s Office (ICO).

ICO: Claiming compensation – The ICO also offers a guide explaining the process of making a claim for compensation

GOV: Find out what data an organisation has about you – The government site offers guidance on how to make a request for the data a company has about you.

Thank you for reading our guide on making a claim due to a data breach via Dropbox caused by the failings of another party. We offer other guides on topics such as: